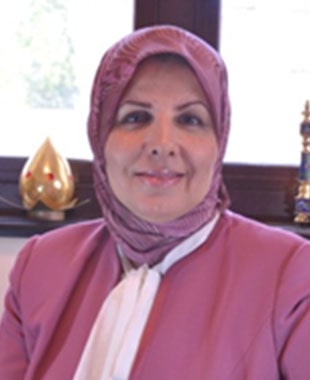 Dr. Janan, Clinical Biochemist with over 35 years of laboratory experience, is the Co-founder and Medical Director of the Scientific Clinical Laboratories. Her traits that begin with extensive knowledge in laboratory management, excellent interpersonal skills, flawlessness in quality control and extreme dedication to her duty have all added up to making her the medical director she is today.

She began her career in the U.A.E from 1983 as the head of the Clinical Biochemistry department in Al Mafraq Hospital – Abu Dhabi, and later moved to head the Biochemistry Department at Al Qassemi Hospital – Sharjah in 1987 and continued for 14 years.

She later moved to Canada to pursue further educational and technological experienced in the field and obtained a diploma in Quality Assurance from the Toronto Institute of Pharmaceutical Technology. In 2004, Dr. Janan became the Medical Director of the Specialised Clinical Laboratories – Dubai, and has continued to lead the laboratory until today as it is now known as the Scientific Clinical Laboratories.