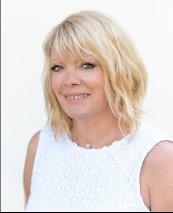 She was appointed Chief People Officer in January 2018.

As Chief People Officer, Samantha Laurent is responsible for reflecting our emphasis on People, Culture and Performance.

Within Unilabs, Mrs. Laurent was Group HR Director from February 2014 to December 2017. Prior to this, she was Group PMO Manager between July 2012 and January 2014.

Before that, she led the HR function in Switzerland whilst coordinating a number of Group HR initiatives.

Mrs. Laurent has worked in both the retail and manufacturing industries, principally within the operations and HR development functions, in companies such as Valeo, MTS and Timet.