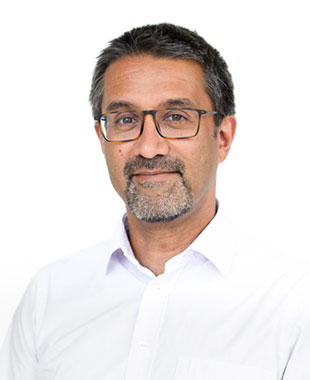 Andrew Derodra joined Unilabs in August 2018 as Chief Financial Officer.
Prior to joining Unilabs, Mr. Derodra held the role of CFO at Vectura, a pharmaceutical company based in the UK.

Before that, Mr. Derodra held a variety of finance roles across well-regarded organisations such as Tate & Lyle, SABMiller, Diageo, British Airways and Reed Elsevier.

During his career, Andrew has successfully led both finance and multi-functional teams, with a strong focus on commercial delivery and business transformation. He is a proven FTSE 250 CFO, who built a career in various blue chip companies where he worked closely/reported to the Group CEO and built solid core and commercial finance skills.

Mr. Derodra holds a Bachelor of Arts in Mathematics from the University of Oxford, UK and is a member of the Chartered Institute of Management Accountants, UK. He was born in 1966 and is a UK citizen.